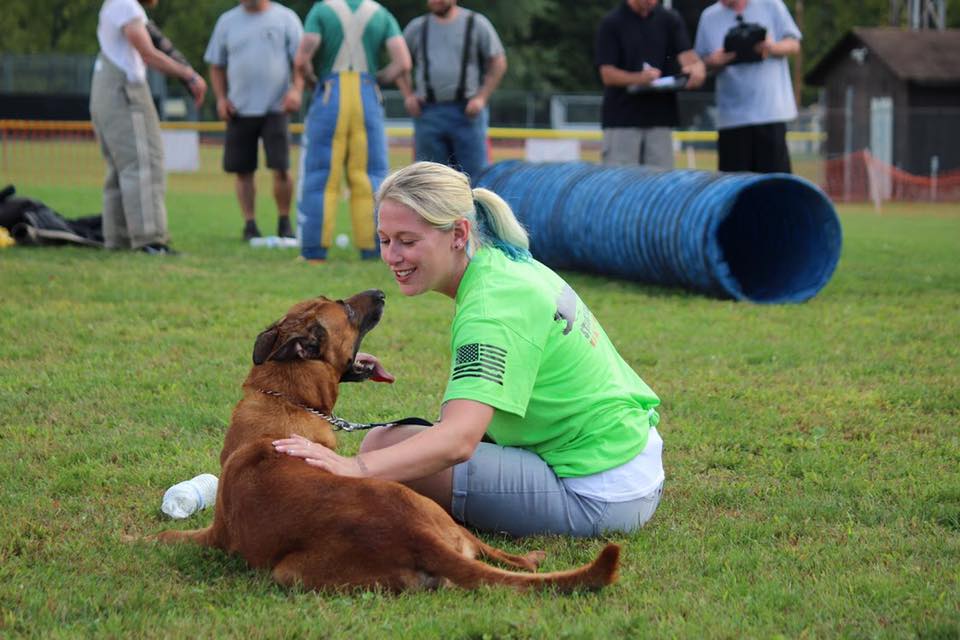 Cindy found her love at a very young age. She has always had dogs in her house and was always very involved with them. As she got older she started doing more and more with them. Anything from taking them on long walks around her neighborhoods to building jumps out of tree limbs, chairs or anything else she could find and getting the dogs to love jumping over them with her. In high school she went to a specialty school for half the day to study Animal Science. There she learned how to care for all types of animals and learned about all the different types of careers involving animals. She was top of her class, but really only in the more dog oriented careers though. She learned how to groom dogs, all the tasks of being a vet technician, and how to work, manage and run a dog kennel business. After high school Cindy did her best to stay involved with animals working many years at Petland Discounts where she became a store manager.

Then in 2005, she learned of a company called Best Friends Dog Training where a close family friend was working as a trainer. They needed someone to work in there kennel taking care of all the dogs in their care. She took the job and never looked back. She fell in love with the idea of one day becoming a dog trainer herself. She worked in the kennel and eventually started hanging out in between her shifts watching the trainers train their dogs. She quickly became the companies office manager. She took a brief leave from the company when she moved to South Carolina and began a managerial job with PetSmart. There she quickly became a groomer and became the salon manager and when she moved back to New York in 2009, she resumed her passion for dog training with BFDT again. She began hanging out there once more after her long shifts at PetSmart until she was offered her apprenticeship.

Cindy worked her full shifts everyday at PetSMart and then would head right to her apprenticeship following the trainers to appointments and helping to train dogs in the kennel for a board & train program. It didnt take long before dog training started to become more and more important than being a groomer so she resigned from her position with PetSmart and regained her position of Office Manager at BFDT while she finished up her apprenticeship. After about a year and a half, Cindy graduated from her apprenticeship and became a full time trainer with her own territory for the company. Cindy chose New York City! She loved the hustle and bustle of the city and wanted to help owners navigate the crazy city streets better with their dogs. After being a full time trainer with BFDT for 7 years, she decided it was time to go out on her own. She created Paw Pals Dog Training in October 2017 and has continued to serve NYC along with Nassau and Suffolk counties.

Cindy also volunteers her time twice a year to Canine Camp Getaway of New York. There she is part of an amazing staff and is the notorious “pool guru”. Her days at camp are usually filled with teaching dogs how to swim by day and is a fun part of the nightly entertainment for all the guests and their dogs…usually with karaoke!

Since 2011 Cindy has also found a passion with a particular dog sport, Protection Sports Association(PSA K9). She got her first Belgian Malinois and named him Stone. Cindy and Stone trained hard for many years developing Stones high level obedience and his bite work foundation until they took the field in 2013 and earned their first PSA PDC(entry level) certificate. Then in 2014 they earned their first title of PSA 1 and came in 3rd place. Cindy and Stone were working hard to get ready to go after the higher levels of the sport when her mother passed away unexpectedly. They took about 3 years off but in 2017 things came back together for them and they began training for that PSA 2 title. In September of 2017 Cindy and Stone competed in the PSA K9 East Coast Regionals and earned their first leg of their PSA 2(must pass it twice to earn the full title) and took 1st Place in their level and becoming East Coast PSA 2 Champions and also took home the high protection trophy earning the highest score in protection out of every level that day. They then went on to compete at the 2017 PSA K9 Nationals in November where they were able to take 3rd place!

Cindy also has 3 cats and 2 other dogs. Her “first born”-Jax, a 9 year old Jack Russell who she has appeared on TV with on and episode of ABC’s The Chew and has also done a few commercials and viral videos with. She also has her 2nd Belgian Malinois, 4 year old Dublin, who she has been in training with for PSA and hopes they can get out there and accomplish great things in the coming future.